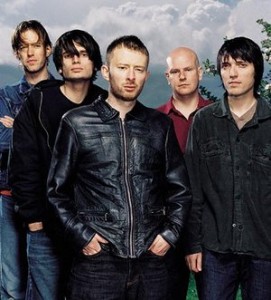 Many things have been said about Hollywood and its inhabitants but one thing is for sure: they have always been ready to lend a helping hand whenever it is needed. The most recent catastrophe to have caught the attention of the international community was the earthquake that hit Haiti. Keeping true to form, Hollywood has not been left behind in the relief efforts.

Tomorrow, a prominent band will be playing to benefit the people of Haiti. Radiohead is scheduled to hold a concert at the Henry Fonda Theatre. It is in fact a last minute show that has been organized to add to the already immense support being poured on the country. An interesting twist to the concert is that tickets are only being sold through bidding. The bidding started on Thursday and will end today at 11 AM – that gives you less than a day to get your hands on some tickets.

Here is the announcement of the band from their web site:

Radiohead for Haiti
We’re doing a show this Sunday (24th January) to raise funds for the relief effort in Haiti. The venue is The Music Box Theatre at The Fonda in Los Angeles, doors at 7pm. All proceeds are going to the Oxfam Haiti relief fund. We’re trying to raise as much money as possible, so tickets will be sold by auction at this site from 8pm tonight until 11am Saturday (PST):

We’re in the middle of recording at the moment, so you’ll be catching us on the fly…. but if you’re up for it, then we are too.

See you then
x

Radiohead fans: here is your chance to spend a night with your favorite band in a relatively small setting. While you’re at it, you will be helping those who need it the most! It’s a win-win situation.