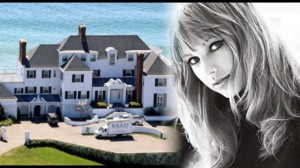 The new construction has enraged her neighbors in Watch Hill, Rhode Island, and they want her out. END_OF_DOCUMENT_TOKEN_TO_BE_REPLACED

Hollywood is home to talented stars, not-so talented celebs, and scandalous ones. In a place where short marriages, drug-overdose, cat-fights, stalkers, paparazzi, and sex scandals abound, it is no wonder that the life of celebrities are just as talked about as their latest projects. And if you’re into reality and gossip shows, “just as talked about” doesn’t cut it, because it’s the personality and their scandalous acts that you are definitely more interested in.

Unfortunately, behind each sensational story is a real human being with real people surrounding them. What this means is that whether the stories about them that circulate are true or not, they have an effect of these people, and worse unwitting and unwilling loved ones (e.g. their kids). It wouldn’t be too bad if people weren’t so quick to judge and weren’t too vocal about their “informed” opinions, but then again we know how the misinformed are most eager to declare their beliefs and stand firm despite lack of evidence. Despite press releases from a celebrity’s camp and even decisions handed down by the court, rumors have a way of staying alive. Worse, the nastier a rumor is, the more it persists.

END_OF_DOCUMENT_TOKEN_TO_BE_REPLACED 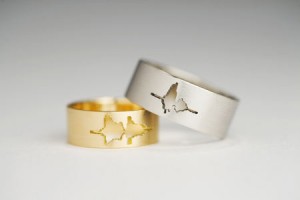 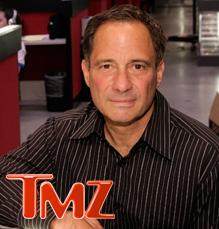 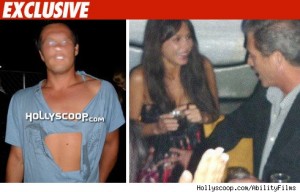 Again? It seems that Mel Gibson just cannot escape the intrigue and controversy that seems to follow him everywhere. This time, a man is claiming that Mel Gibson assaulted him at a nightclub. Funny thing is, the esteemed actor was with his girlfriend, who is pregnant.

Reports say that the couple was wedged inside a booth when Gibson went berserk on the guy, grabbed him, and ripped his T-shirt in the process. Indeed, the guy had pictures taken of him with a tattered shirt.

Of course, the cops were brought in. It seems that Lady Luck is on Gibson’s side this time around. The cops say that they think that the guy filing the report has a crappy made up story. According to TMZ’s reports, the cops say that “Gibson was wedged in a booth with his pregnant girlfriend and couldn’t have grabbed the guy’s shirt.”

In any case, why would Gibson just go crazy? According that guy, he was trying to get a picture of the couple. Naturally, the couple wanted privacy and didn’t want to have their picture taken. When the reporter persisted, Gibson’s temper flared and that’s when the action happened.

So now he is facing charges once again. We all know that the media will be following this story to the end, however it may end. All I can say is that why can’t I witness these things? Nothing ever seems to happen when I am around! :p