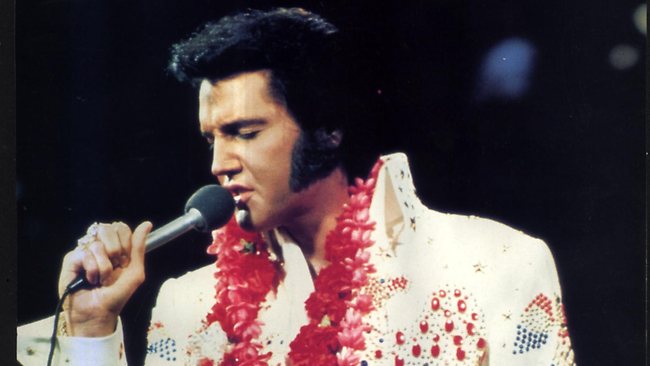 Elvis was found dead in the bathroom floor of his famous home in Memphis, TN, Graceland. His family has done everything they can to try and cover up his true cause of death, but the press settled upon a heart attack caused from prolonged heavy prescription pill usage. The cool part of this case is that Elvis’s autopsy results were legally sealed until the year 2027. So in a little over ten more years, the truth will be uncovered. It will be very interesting to see what the media does with the results once they are made available to the public. END_OF_DOCUMENT_TOKEN_TO_BE_REPLACED

Unfortunately for M.C. Hammer, saying “U Can’t Touch This” to the IRS proved unproductive when he was forced to file for bankruptcy in 1996. Hammer’s exorbitant lifestyle in mansions with countless paid staff caught up to him when he found himself unable to make monthly payments and facing lawsuits. Following the bankruptcy, Hammer believed his priorities were out of order which led him to become a pastor living in a ranch house in California.
END_OF_DOCUMENT_TOKEN_TO_BE_REPLACED

Um, what? Amanda Seyfried says her nickname is Minge, which in England is slang for either vagina or “vagina fur,” depending on who you ask. Whats more, she’s actually proud of her nickname and actually has it tattooed on her foot. Ok, if you say so, freak. I guess she could be called worse. As in the four-letter word that rhymes with punt and is a worse variation of Minge. Not sure you’d want to tattoo that on your body, though. Now keep in mind that this is the same Amanda Seyfried who once thought of sex as dirty.

Speaking of minge, the 16 year-old hooker that NFL great Lawrence Taylor supposedly had a tryst with seems to be changing her story a bit. And he’s now saying that he pleasured himself in front of her, not pleasured her. If that’s true, then there can’t be any statutory rape charge against him. But $300 just to diddle himself in front of her? Was his wife charging too much?

Mickey Rourke might not have been unfaithful to his Russian model girlfriend of 10 months, but he’s publicly admitting the tempation of other young women. Now exactly why would you do that? All the stars saying such things actually have cheated. Well at least he’s honest. Good luck with the relationship. Let’s hope Mickey is allowed “look at the menu” as long as he eats at home. Maybe he’ll get extra credit for looking so bad-ass as Whiplash in Iron Man 2.

In the “it just gets weirder” file, apparently there are audio tapes of phone calls from 2003 of pop star Michael Jackson pleading for money and claiming to be stalked, possibly by Mafioso. The calls also include discussions of investing in superhero film projects and “working together” on them.

Another Jackson that’s having financial problems in present day is former Charlie’s Angels star Kate Jackson. Jackson claims that a financial advisor of her co-star Farrah Fawcett leveraged the relationship to get at Jackson, then persuaded her to make bad investments that have resulted in her “financial ruin,” according to her own words. Jackson, who’s now 61, has not had any roles since a 2007 appearance on Criminal Minds. But then, Hollywood has always had limited roles for women of a certain age. Now if she can hang on for another 27 1/2 years or so, maybe she can become a guest host of Saturday Night Live like Betty White did at 88 1/2 last weekend.