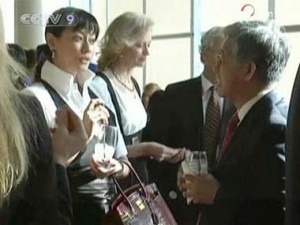 So you don’t feel like paying to celebrate the coming of the New Year? I cannot blame you. I would rather have fun for FREE than to pay a hundred bucks or more to party. Good for us then, that there are other options for New Year’s Eve.

How about going to Citywalk at 100 Universal City Plaza in Universal City, California on the 31st of December? They are holding what is dubbed to be the largest FREE New Year’s Eve party in Los Angeles!!! This year, they are going to outdo themselves by lining up two bands to welcome year 2009. The Cinema Plaza Stage will be featuring FAST TIMES while the Globe Fountain Stage will be featuring 80s Rewind. Having these bands will be sure to give you a great party on New Year’s Eve. Of course, there will be fireworks that night – and double the fun, too, as they will be set of at each end of the street.

How to get to Citywalk? Here are the directions from some of the closer areas:

From Santa Monica:
Take the 10 Santa Monica Freeway East to the 405 Freeway North. Exit to the 101 Ventura Freeway East/South. (Signs to Los Angeles.) Continue on the 101 Freeway and exit on Lankershim Blvd. Turn right and follow the signs to Universal Studios Hollywood. 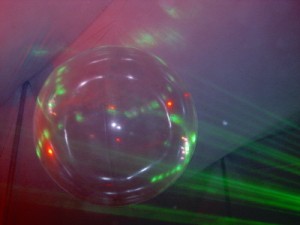 What have you got planned for New Year’s Eve? Don’t call me a loser but I have nothing concrete on my agenda. Let’s just say that I am playing it by ear and will see how things go and then decide when the time is right. After all, adventures can crop up anytime and any sort of planning will just go to the dogs if they do, right?

If you are the type who likes having solid plans before any event, though, here is an idea for you. Why not go to the D.A.S.K. New Year’s Eve Ball 2009? This event is actually an annual thing and is held at the Citrus at Social, 6525 Sunset Boulevard. This year’s bash is going to be held on the 31st of December, naturally, from 8 in the evening till 2 in the morning of the 1st of January.

For the price of $275 – $125 of which you pay in advance (plus tax and service charge) and $150 at the door – you can enjoy dinner appetizers, desserts, and 2 drinks of your choice. The menu that they are offering seems tempting enough (cheese puffs, Michel’s neo-chicken salad, tartine crabs robaire, tuna tartar, Michel’s chocolate bar, chocolate ganache, and more) but I am not sure if the food will be enough if you have not had dinner.

You can also enjoy music and various performances in the multiple rooms that will be open to ticket holders. It sounds like a good party is going to happen that night at the Social. So if you’re not all set for New Year’s Eve, why don’t you check it out – they still have some VIP tables open.

With the Cannes Film Festiva ending today I’m pretty sure you’ll be seeing its logo all over the internet. However, did you know that Cannes is actually VERY strict about who can use their logo and how the logo is presented? To show how strict they are about quality control here’s a list of some of the Cannes Film Fest logo policies.

1. Using the Festival de Cannes identity is strictly reserved to the selected films and official partners.
2. All use of the palm outside of the official logotype is strictly prohibited to all parties other than the organiser and the organiser’s official publications.
3. The logotype can only be used in it’s original form, which means you cannot:

4. Logotypes for different awards should be printed using the official colours (they specify the colour tones to be used!)

Though tempted to show their logo here what I’ll do is honor their policy and simply show some of their logo type restrictions. I know. I know but they didn’t say that you couldn’t show what NOT to do. I’m actually being helpful right?