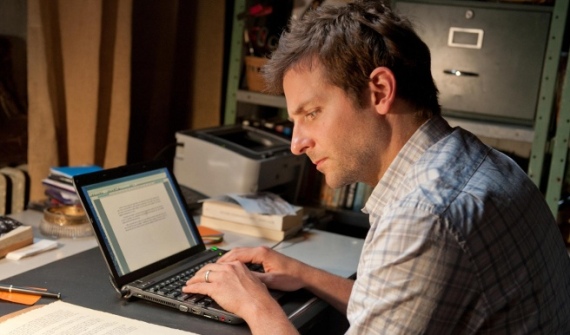 Writing is everywhere, and not just as in penning the perfect Hollywood script and selling it for a billion dollars. There is advertising writing, promotional writing, entertainment writing, reviewing, proposing, and titling. Add to that, there are a ton of jobs editing that content after it’s written. Breaking into the Hollywood scene via writing is very plausible, with the right education and the right angle. If you want to approach it as an entrepreneur, find a need that is out there and create a business to fulfill it. Satisfy some aspect of the Hollywood culture that needs to be fulfilled, and do it in a way that no one else has thought of before. END_OF_DOCUMENT_TOKEN_TO_BE_REPLACED 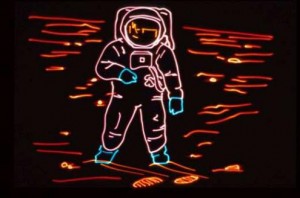 After seven years of being officially “dead,” Laserium is once again opening in Hollywood. This time, its new home is the much loved Vine Theatre.

According to Marla Maples, one of the new people behind the light show, she is well aware of this reputation but she also promises that there will be no smoking in the new Laserium. In fact, she is trying to turn things around with regard to the show’s reputation. She is working on a program that will send some money down the way of charities. Her goal is to have one fourth of the group-ticket sales to be given to a good cause.

If you thought that everything that has to do with the movies we see come out of Hollywood all come from the same place, think again. The truth of the matter is that more and more TV and film producers have been moving away from Hollywood – and the state of California, actually – in an effort to save on their expenses for production. It is but understandable, as the taxes in the state are quite notoriously high.

A natural consequence of this mass exodus of TV and film producers is the state’s government effort to stop them from leaving. And what has The Terminator done to do so? He has signed a bill offering considerable tax incentives to those TV and film producers who carry on with their production within the state of California.

If you are thinking that Governor Arnold Schwarzenegger is being a sell out by offering these tax cuts, you just might be wrong. Looking at it from another point of view, the fact is that he just might be doing the state a huge favor. If he didn’t offer these incentives, the state’s losses could very reach $10 billion by the end of the year. The tax incentives, on the other hand, involved $100 million per annum. Now compare those two figures….

The question now is this: “Is the tax program working?”

Apparently it is. According to Amy Lemisch, the executive director of the California Film Commission, she is swamped with calls from producers, directors, and studios, asking about how to keep production in the state. For us viewers, I guess this means “authentic” Hollywood films?

It seems that a longstanding and prominent issue in Hollywood has been forgotten by many. The rift between the producers and the Screen Actor Guild has been long and drawn out and you would think that it would continue to be splashed all over the headlines. Perhaps the Oscars is just too attractive to resist? Or maybe channeling all the attention to the event is one way of dealing with the unpleasant situation?

Whatever the reason may be, I have not been hearing a lot about the developments in that area. Still, from what I read in the report published by the Associated Press, it seems that even the goodwill that the Oscar promotes is not enough to pacify the situation. As a matter of fact, the producers supposedly gave their “last, best, and final offer.” That’s a lot of superlatives right there! Still, they were not enough to sway the staunch Screen Actors Guild.

The contract was rejected by 73 percent of SAG’s board members, spokeswoman Pamela Greenwalt said in a statement.

SAG called the Alliance of Motion Picture and Television Producers’ demand for the contract to run for three years instead of two, “regressive and damaging.”

Producers insist the three-year contract would start when it is ratified, instead of when the last one expired, which would mean SAG would not be able to join with the writers’ and directors’ guilds to increase their bargaining power when their contracts expire in 2011.

According to the AMPTP, the economic situation simply does not allow them to offer better terms. So far, nothing else has been said. What would happen if the SAG calls in these days right after the Oscars?

I suppose it’s a sign of the times. Everyone is hard up and not ready to make any concessions. We have heard of this issue about the tiff between the Screen Actors Guild and the studios – it has been going on for quite some time. Now, instead of things becoming better and instead of the two sides reaching an agreement, rumor has it that they are pointing fingers at each other! Trust Hollywood to turn something already dramatic into something even more dramatic!

The news has reached even the farthest points of the earth – here is a feature article over at Xinhua News:

Hollywood studios and the major actors union of the U.S. entertainment industry are pointing fingers at each other after the two sides failed to reach a new labor contract and an industry-wide strike is looming again in Tinseltown.

Movie studios on Monday used a full-page advertisement in the Los Angeles Times accusing the Screen Actors Guild (SAG), which has a membership of about 120,000 film and television actors, of jeopardizing the work of other unions in the industry by threatening a strike.

In a “open letter” singed by chief executives of eight major studios, Hollywood’s top management said SAG was demanding the entire industry literally throw out all its hard work because the union believed it deserves more than the 230,000 other people working in the industry.

So now, they are at an impasse once again, with the possibility of an industry-wide strike on the horizon. Not a good way to end the year, if you ask me.
What are your thoughts on this issue?