Beyond all the glitz and glamour and movie stars that are portrayed on TV, the Hollywood area of Los Angeles actually has a lot to offer. Whether you are young and want to get out and explore the world for the first time or you are reaching retirement age, there is something for everyone! Here are 5 reasons you should definitely visit Hollywood at least once in your lifetime. END_OF_DOCUMENT_TOKEN_TO_BE_REPLACED

You ever wonder how celebrities always manage to look perfect everywhere from the red carpet to the big screen? Is it just good genes? Photoshop? A magic genie in their handbags? Possibly, but the main reason is simple: they eat right and exercise. Believe it or not, healthy foods can be just as delicious as the McDonald’s drive-thru, but with half the fat and twice the nutrients. For some delicious, budget-friendly, celebrity-style recipes, check out the following quick and easy meals.

Whisk together 2 eggs, goat cheese and chives, adding salt and pepper to taste. Heat the olive oil in a small pan on medium-high heat. Pour the mixture into the pan and cook until omelet sets. Serve with grapefruit and raspberry preserves spread on toast. END_OF_DOCUMENT_TOKEN_TO_BE_REPLACED

For any kind adventure, the adventurer needs to have the right equipment in order to get the most of the experience. For the cook who seeks some adventure in the kitchen, one of the best things that you can have by your side is an endless source of ideas. In this matter, I think I have something that can be of help: Recipe Finder. END_OF_DOCUMENT_TOKEN_TO_BE_REPLACED 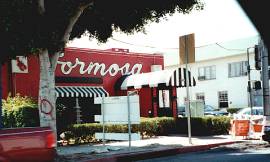 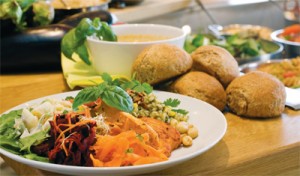 I don’t know about you but one of my main considerations when I go on vacation is the quality and the variety of choices when it comes to food. Going to Hollywood should be no different. In fact, if there is one city in the United States wherein you should expect some of the best restaurants, then it should be Los Angeles. So how would you know which restaurants to go to? You can always look for the restaurants of some of the celebrity chefs.

Then again, if you want some more variety, there are other alternatives – many other alternatives. Your best bet would be to visit the site Los Angeles Restaurants. I went through the web site earlier today and I really liked what I found. For one, on the main page, you already see some really useful lists. Some of the categories are Best Restaurants – Overall Dining Experience, Best Service, Best Food, Best Ambiance, and Best Wine List & Bar Selection.

When you click on a restaurant name, you will be taken to a page with more details about the restaurant. You can find information such as the full review, which is very detailed, I have to say. You can also find details about the location, type of cuisine, pricing, dress code, and more. There are some items on the menu shown with the description and price. Best of all, you can actually make reservations on the site itself.