Unfortunately for M.C. Hammer, saying “U Can’t Touch This” to the IRS proved unproductive when he was forced to file for bankruptcy in 1996. Hammer’s exorbitant lifestyle in mansions with countless paid staff caught up to him when he found himself unable to make monthly payments and facing lawsuits. Following the bankruptcy, Hammer believed his priorities were out of order which led him to become a pastor living in a ranch house in California.
END_OF_DOCUMENT_TOKEN_TO_BE_REPLACED Her character on the “Vampire Diaries” has to be careful about getting too much sun, but Candice Accola looked delighted when spending her honeymoon in Belize in October. Accola married Joe King from the “The Fray,” and the couple later journeyed to a private, five-star resort at Cayo Espanto where they shared a few envy-inducing photos of their seaside paradise. END_OF_DOCUMENT_TOKEN_TO_BE_REPLACED

Celebrities are just like everybody else. They like to get away from their day-to-day routines and take a vacation every now and then. Of course, they can afford to travel to some of the most beautiful and exotic locations in the world.

The biggest problem they typically face is deciding where to travel, not in determining whether they can afford to go there. Where do celebrities tend to travel? Here are some of their favorite destinations. END_OF_DOCUMENT_TOKEN_TO_BE_REPLACED 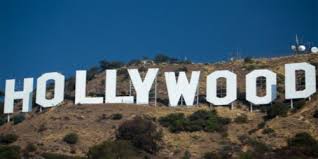