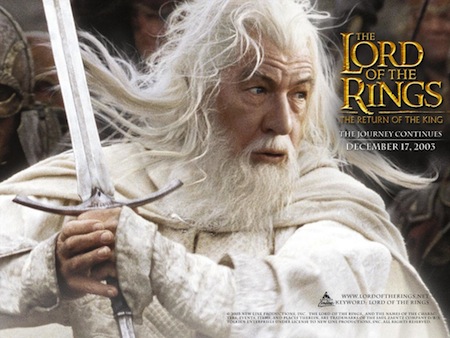 It took decades before J.R.R. Tolkien’s “Lord of the Rings” (LotR) trilogy was lovingly made into a movie trilogy by Peter Jackson. Now it seems that it’s going to take longer than expected for the prequel novel, “The Hobbit”, to be made into a film – two films, in fact. After two years of production delays, Guillermo del Toro says he’s forced to quit, as far as directing goes, but will still co-write the screenplays with Jackson and Fran Walsh.

Del Toro’s no stranger to niche filcks, having directed one or more of Hellboy and Blade, and one of my all-time faves, Pan’s Labrinyth, amongst numerous foreign language films. Now when you look at the list of films he’s currently part of that are in development, you realize how busy he really is. Amongst the 10 films he’s currently involved in are Frankenstein and Dr. Jekyll and Mr. Hyde. (Though some of these projects might disappear, depending on how the sale of in-debt MGM goes.)

The logical choice to direct would of course be Peter Jackson, but he had declined previously, and if I remember correctly, it had been because of scheduling problems. MGM has yet to give their approval, yet the two movies are still scheduled for Dec 2012 and Dec 2013. All three movies in the ‘Rings’ trilogy were released in consecutive years around Christmas time.

While legions of Tolkien fans are likely to see the movies no matter when they come out, no matter who directs them, or how well they’re made, it’s obvious that with Jackson and Del Toro still handling writing duties that the material will be top notch. Hopefully they’ll find a worthy replacement — I can’t think of any one director who has the ‘fantasy’ touch of either of these two men. Maybe we can all hope and pray that Peter Jackson’s commitments work themselves out and eventually does take the directing role. A lot could happen between now and the expected production start date, which is Dec 2010. I’m crossing my fingers that it’s not Tim Burton, who’s style just isn’t suited to these stories.