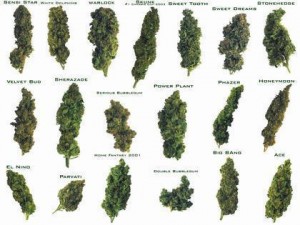 In spite of the fact that marijuana (weed or pot or whatever other name you call it) is illegal, we know that it is being used widely across the country. Hollywood is no exception. In fact, weed may even be used here more than in other parts of the country.

If the LA authorities are to be followed, however, weed is soon going to be harder to come by in the area. City inspectors are currently targeting what is known as medical marijuana dispensaries in Los Angeles. One by one, these dispensaries are being inspected – the first step towards shutting them down. The orders come from the City Council, which is now regretting its decision to allow the shops (hundreds of them) to operate.

Naturally, shop owners are not happy with the developments. Anthony Folsom is one of the owners of Bulldog Café, one of the medical marijuana dispensaries. He is quite unhappy with the City Council’s move as he believes that they (the shop owners) are in the business for the right reasons. He also stated that if this crackdown does not stop, all those people with good intentions are going to disappear and that at the end of the day, the city will be left with illegal drug dealers.

He does have a point and the City Council realizes this. They are having a hard time getting their way and many members acknowledge how difficult and potentially dangerous the road they are taking is. In the meantime, shops which are still in business are being frequented by their loyal patrons.