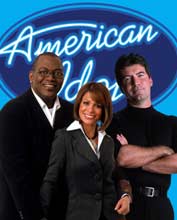 America’s favorite singing reality TV show is back for its sixth season and this time around Simon Cowell isn’t the only mean boy around. It looks like everyone is getting in on it and the hopeful contestants as well as the viewers don’t like it. Most feel that the judges have gone too far.

Fox Broadcast Co.’s entertainment president Peter Liquori has been defending Simon Cowell, Paula Abdul and Randy Jackson. He denies that the judges bash the unfortunate contestants that they feel lack talent. It is rather difficult to contradict the accusations of unnecessary cruelty when they make statements comparing a contestant’s appearance to that of a bush baby like Simon Cowell did or telling a vocal coach that they will never recommend that they teach anyone to sing.

Cowell says that anybody who auditions for the show should be prepared for the comments they will get. Randy Jackson says that they are appalled at how people who really can’t sing refuse to accept that they really don’t have the necessary talent to qualify.

The sad part is that none of this will have any effect to the show. It will keep on airing. People will still audition and someone will still be chosen as this year’s American Idol.