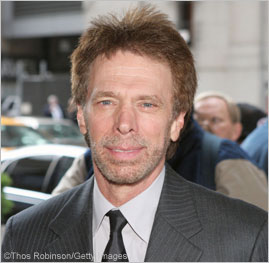 Jerry Bruckheimer is the great producer behind muscle blockbusters like Armageddon, The Rock, and Pirates of the Carribean. TV hits include CSI and Amazing Race.

He came from a poor, Jewish immigrant family. His parents would bring them to the matinee every weekend, and the films became his escape from his meager childhood.

No wonder he described Hollywood like this: “We are in the transport business. We transport audiences from one place to another.”