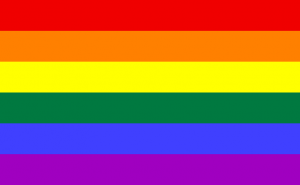 We can find museums of all sorts these days. They are not limited to natural history and things like that anymore. In fact, one of the more interesting kinds of museums that is set to make waves is the Gay Museum that is set to open in West Hollywood. Dubbed the ONE Archives Gallery and Museum, this establishment is located in a small office. Small as the physical location may be, the ONE Archives Gallery and Museum is full of information and other items on display.

The LA Times has this write up:

The museum — really a micro-museum at 600 square feet — has set a macro goal for itself: to bring little-known aspects of gay history out of the library closet and into the public sphere. The museum is an offshoot of the ONE National Gay and Lesbian Archives, which is affiliated with USC. The old magazine covers dedicated to gay marriage come from ONE magazine, the first gay publication in the country.

“They show that we’ve been having this fight for a very long time, longer than most people think,” said Joseph Hawkins, president of ONE. “It was an act of defiance to publish stuff like that in the ’50s and ’60s. I’m surprised that alone didn’t get the magazine shut down.”

Hawkins, a professor of anthropology and gender studies at USC, serves as curator of the museum. Because the archives are a 501(c)(3) not-for-profit organization, the museum by extension cannot directly support political causes, including the effort to defeat Proposition 8. “Let’s just say we have to be extremely careful,” Hawkins said.

I am not gay but I do have a lot of friends who are and I am sure that they will be delighted to visit this museum.