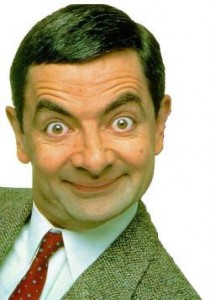 Is Hollywood synonymous to art? I know a lot of people who would say that there are a lot of mainstream Hollywood movies which would not classify as art. Then again, these people are purists and they have a whole different way of classifying art anyway. But did you know that Hollywood movies actually show a lot of art? This may or may not have been done on purpose but the fact remains – you can get a glimpse of a lot of artwork in Hollywood movies.

Mr Bean wrecking a Whistler or Julia Roberts expounding on a Pollock: in much the way James Bond films help cocktail connoisseurs improve their drinks skills, Hollywood in the past half century has provided key insights into US art.

So says a rare exhibition on film and art outside Paris in Giverny, the leafy sprawling home of Impressionist giant Claude Monet.

“For Europeans, cinema is the quintessential US art form,” said Sophie Levy, chief curator of the Musee d’Art Americain.

“But we were surprised to see how many Hollywood films actually featured US artworks, specially those made in the last 20 years.”

So there – the experts have said it. Movies made in the last 2 decades are rife with various art work. One question remains, though, are these art work real? I do not have the answer right now – need more research on this. Maybe one of you would have the info?