Used to be when a movie doesn’t do well in the box office, production houses shrug their shoulders and move on to the next film. Apparently those days are gone. Now they sue the author of the book on which they based the movie – at least that’s what mogul Philip Anschutz has done. 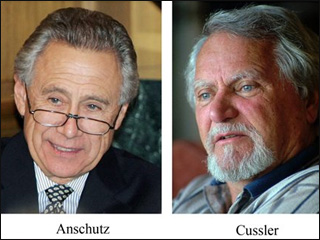 Anschutz has taken Clive Cussler to court over the disappointing results of the production “Sahara“. He says that Cussler did not live up to his side of the contract. Cussler publicly put down the movie causing viewers to lose interest in the film and he also exaggerated how many copies of the book were actually sold. All of this resulting in the poor performance of the film.

Cussler has countersued. He says that Anchutz did not follow his recommendations in either script revision or casting. He also says that the poor performance of the film reflects badly on his other works.

In reality we all know that one has little effect on the other. Many books are great but translate poorly into films just as the good performance of a film does not guarantee instant popularity of any book though it can boost its ratings a bit.

So who is reaping the benefit of all this? The lawyers. No matter who wins, the lawyers will bring home very fat paychecks.