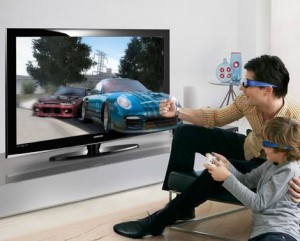 The movie industry has gone a long way since the first moving pictures came out. Today, we see movies in full color and digital surround sound. We can even choose movie theaters with Lazy Boy seats. Add to that the best popcorn – and other munchies – and we can have the best movie experience ever. Or is it really the best?

We all know that despite the bounds and leaps that movies have made over the decades, the basic thing is that they still use celluloid film. This fact gives way to physical limitations. After a lot of runs and reruns, the film can get scratched and the quality of the movie can suffer.

All this can be done away with, however, if movies were digitally projected. This is what some groups are aiming for. The Baltimore Sun has this story:

An agreement last week by a consortium of five Hollywood studios to funnel more than $1 billion into making digital projection available to 20,000 U.S. theater screens should lead to better and more consistent picture quality, industry leaders say, and enable theaters to widen their programming by projecting concerts and other live events. In addition, bringing digital capacity to so many more theater screens will increase the number able to show 3-D films, which many industry analysts see as the next big thing in motion-picture technology.

We already know the potential that digitalization offers. From the DVD to Blu-Ray, we have seen all the changes. Who is to say that similar technology cannot be applied to the wide screen?