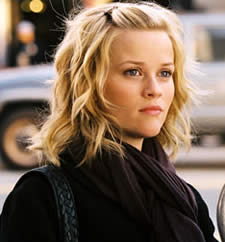 Reese Witherspoon is taking all precautions to make her divorce as neat and clean as possible. While she cited irreconcilable differences as her reason for filing for divorce from husband of seven years, Ryan Phillippe, she knows that people aren’t above speculating that it is because her affections may have been captured by another actor – after all it happens all the time in Hollywood; just look at Brad Pitt and Angelina Jolie. It was a big surprise to many that this couple joined splitsville.

To lessen the risk of messy rumors, she has banned all cellphones from the set while she works. Currently she is filming the movie “Renditions” which also stars Jake Gyllenhaal. Too many people have camera phones and itchy fingers – they will send pictures taken from the shoot to local tabloids which are really of no help during proceedings as painful as these. Rumors are already flying that she and Gyllenhaal have a “budding friendship” which in Hollywood often translates to an affair or ongoing romance.

Witherspoon, truly doesn’t want a mess like Paul McCartney and Heather Mills or Britney Spears and Kevin Federline. She just wants to get the divorce over and done with as quickly and quietly as possible. That isn’t too much to ask, isn’t it?