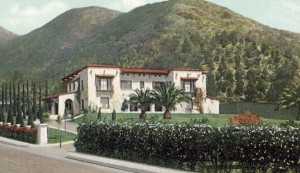 Have you ever heard of the group Hollywood Heritage? It is a group that has been actively preserving the landmarks of Hollywood. It has been in operation for over 25 years and even though they may not be as well known as the other names in the industry, their work has certainly made a difference.

It was thus quite a surprise when the news came out that they have received an eviction notice. They have been calling the Wattles Mansion home for a while now but they have been told by the LA city government to move out! The LA Times reports:

Hollywood’s leading preservation group has been ordered out of the community’s most prominent historic estate for allegedly ignoring city rules and renting out the mansion for disruptive parties.

Hollywood Heritage has supervised the famed Wattles Mansion for 25 years under an exclusive agreement with the Los Angeles Department of Recreation and Parks. The city purchased the mansion for about $2 million in 1968.

But parks officials say the nonprofit organization — known for its vigorous efforts to protect endangered structures from Hollywood’s early years — has failed to properly maintain the 101-year-old landmark. The group has also been accused of failing to turn over financial records related to weddings, film shoots and other special events at the mansion.

Nearby residents on dead-end North Curson Avenue complain that partygoers’ cars clog the street and block driveways. They say that loud, amplified music echoes through their hillside canyon on party nights.

If the allegations are true, then it is such a disappointing turn of events.