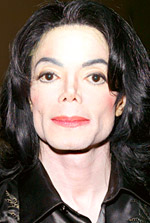 Michael Jackson has his place in history. He is considered the King of pop music. He brought a whole new sound, style of dancing and pioneered some of the most creative music videos. He is indeed a talented artist who can be considered a legend.

Jackson is also famous for his many off stage problems, most of them involving children. He has been sued a number of times on child molestation charges which so far have all been proven false but has definitely put a damper on his career.

Now, the singer is being charged by a dead woman’s family. The children of Manuela Gomez Ruiz claim that his visit to Marian Medical Center resulted in chaos and a circus like atmosphere which was definitely detrimental to the recovery of their mother who had suffered a heart attack. According to them, their mother had been placed on life suport in a two bed trauma room. They insist that their mother was hurriedly taken off life support and improperly cared for just to give way to the pop star who suffered from flu like symptoms. Please note that all of this happened two years ago, during the time that Jackson was on trial for molestation.

As far as the hospital is concerned, it is just a ploy to make money. In a written statement they say that, “Patient care and safety is always our first priority at Marian. As such, we are confident the care provided to Mrs. Ruiz was exceptional.”