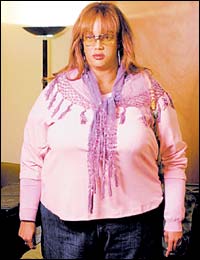 Tyra Banks is hurt by the way people have been reacting to her weight gain. Critics have been saying that she has gained too much weight since she gave up the runway. Some of her pictures are being circulated online with the descriptions “Tyra is fat”, “Tyra is Ugly” or “Tyra’s Porkchops” attached. They even go so far as to call her the “Next Top Waddle” which is just plain mean.

The TV personality, talk show host and former supermodel doesn’t understand what the fuss is about. She stands 5 feet ten inches tall and she weighs 155 pounds. She’s only gained ten pounds. That is a normal healthy weight. She says people seem to have forgotten that she is no longer a supermodel and doesn’t need to be as thin as a hanger anymore. She says that she is speaking out against these slurs because of the impact that it can have on kids who tell her that they look up to her and find her beautiful because she isn’t a size 2. She feels that girls who see her described as fat, disgusting and ugly at her healthy weight might feel that they too are fat, disgusting and ugly.

Tyra is dedicating a portion of her show next week to address this issue. She is going so far as to walk around in a suit that makes her look like a 350 pound person just to see how people who are overweight are discriminated against.