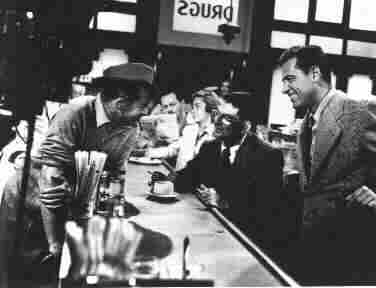 Be sure to drop by 8024 Sunset Boulevard to stand rignt on one of Hollywood’s most important (but little known) historical spots.

Schwab’s used to be one of America’s most famous drugstores, thanks to the PR skills of its owner, Leon Schwab. He kept telling people that Lana Turner was discovered there in his soda fountain. She denies it, of course, but the story has become part of urban legend.

However, even if Lana wasn’t discovered in Schwab’s, it was a favorite hangout of many writers, actors and important Hollywood producers, who went there for their medical prescriptions (and, Leon likes to say, advice on which aspiring actors had that star quality).
No wonder in the film Sunset Boulevard, William Holden even said it was “a combination office, coffee klatch and waiting room.”

The pharmacy was torn down in 1988, but it still feels good to imagine the old Hollywood — and how a pharmacist may have launched the careers of the stars we worship today.