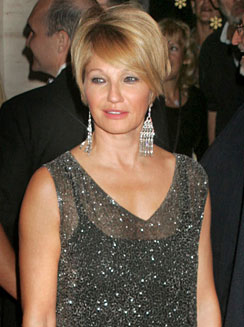 There’s no “making up” between cosmetics tycoon Ronald Perelman and his ex-wife, Ocean’s 13 star Ellen Barkin.

The Revlon mogul is taking Ellen and her brother to court, accusing them of using one of his companies — the film company Applehead I — as “a private piggy bank.” According to his lawyers, the Barkins even set up their own venture called Applehead II, which they funded with his own money.

The tycoon also said that Ellen’s brother gets a $250,000 salary from Applehead I for absolutely no work.