Whether they are actors, singers, presenters or reality TV stars, female celebrities are now branching out beyond their professions and into entrepreneurs. Many already have their own fragrances, merchandise and collaborations with brands. 2014 appears to be the year of the lifestyle site with Blake Lively becoming the latest celebrity to hop on the trend. Here’s a look at the female celebrities and their growing empires. 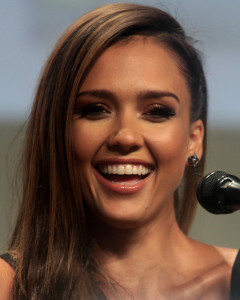 The mother of two young daughters, Alba launched The Honest Company as an eco-friendly diaper company. The Honest Company is now reportedly worth at almost $1 billion and has expanded into bath, body, cleaning products and even a book. The Honest Company now employs under 300 employees and will no doubt continue to thrive – not bad for a company that’s only 2 years old.

Paltrow launched Goop – a digital media and e-commerce company in 2008. Famous for its recipes, life advice and shopping suggestions, Goop has had its ups and downs with critics. Many have claimed that Goop is only aimed at the wealthy with price tags of some product suggestions reaching thousands of dollars. Earlier this year, Paltrow announced her divorce to Coldplay singer Chris Martin via the site and has recently been hit with a lawsuit for copyright infringement.

Lively recently launched her website Preserve aimed at sharing inspiring stories and American made hand crafted products. Though Preserve is a new site, its already received criticism from readers. However, with Blake’s popularity it will be interesting to see how the site develops and whether a connection can be built with younger readers.

Already an Oscar winner, Witherspoon is now setting her sights on creating a lifestyle brand. Recently unveiled as being named ‘Draper James’, we haven’t been given any insight into what this brand may comprise of. However, plans include launching a retail store and a trademark application included items from stationary to fragrance.