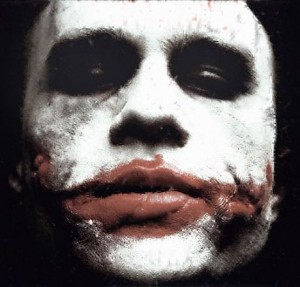 I never really thought about this until I ran across a post over at WarnerBrosCan. Apparently, the writer has been sensing a dark cloud over Tinsel Town. This is what he has to say:

Hollywood is in a funk?and not just because the writers’ strike has shut down film and scripted TV drama production and directly and indirectly thrown thousands of people out of work.

No, the mood appears far deeper and more pervasive. For proof, look at the candidates for the best pic Oscar. While all are superbly made, none is uplifting. Juno is funny and full of charm, but there are sad undercurrents, especially in the relationship between the couple who adopt the teenager’s baby. No Country for Old Men and There Will Be Blood deal with the bleak side of human nature. Atonement is a tragic tale of betrayal and doomed romance. And Michael Clayton looks at corporate and personal corruption.

Moreover, Julie Christie was nominated for best actress for playing an Alzheimer’s victim in Away From Her. Other Oscar hopefuls focus on a murderous barber (Sweeney Todd), vicious Russian thugs (Eastern Promises, pictured) and a grieving father (In the Valley of Elah). Little or no joy there!

Hmm, he does have a point, doesn’t he? Even the newest movie in the Batman series portrays a Joker that has never been so dark.

Still, despite this dark gloom that might be prevalent in Hollywood, I don’t think that it is something that we should worry about. There is more to Hollywood than its movies, isn’t there?