Cremation is one option for people when they leave this world. Instead of having their body buried, they have it cremated and possibly buried, or maybe displayed in a beautiful urn on a family members mantle. 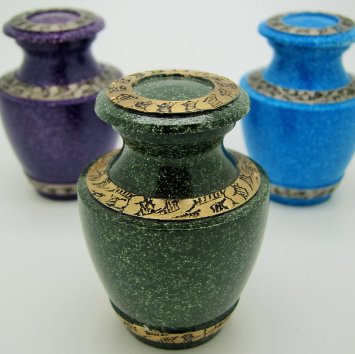 People have different reasons for decided to be cremated. Some of them want to have their ashes spread around somewhere important to them so they can feel as though their spirit may still exist in that place.

For whatever reason a person chooses cremation, here are some famous celebrities that decided this was the right option for their own body after death.

In 2004 when, former flying superhero, Christopher Reeve died he was cremated. His family held a funeral service for him that was just for friends and family. Afterward they scattered his ashes.

Christopher Reeve was best known for his role as Superman. In 1995 he was in a horse-riding accident and became paralyzed from the neck down. He spent the rest of his life speaking out about paralysis.

Singing actor, and teenage heartthrob, Cory Monteith was cremated after his death in 2013. Prior to his cremation his family had a private viewing to say their goodbyes.

Walker died enjoying the fast cars he loved, he wasn’t just an actor that liked to be in movies with fast cars but he appreciated them too. He was cremated after his 2013 death.

Paul Walker wasn’t just an actor, but he was also a philanthropist, donating money to charities.

Ledger’s superior acting skills and ability to put himself fully into a role might have been to blame for the demons that took him far too young. He was cremated following his death in 2008 and his ashes were spread by his family at his grandpa’s grave.

He was the Walrus, but when he died he didn’t die at sea. Instead the slain musician was created after his death in 1980. His ashes were scattered in Central Park in New York.

There is a memorial set up to this great thinker that wanted to bring peace to the world. It is located at Central Park where his ashes were spread.

These are only just a few of the celebrities that have been cremated over the years and where their ashes lay. In case you need more, here is a list of some other well-known famous people that chose to be turned to ash:

For some people, cremation may seem like a strange choice and maybe a little macabre it it’s own right. However, cremation can be a cheaper choice when it comes to the cost of death and burial.

What do you think of cremation?