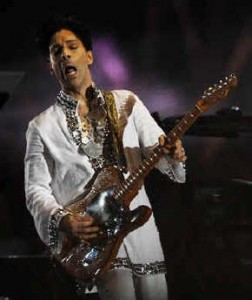 Prince may have been the last one to sign on for the Coachella Valley Music and Arts Festival but he sure is not the least of the performers. If anything he was the centerpiece of the whole event. The festival organizers was hell bent on making sure that they got Prince so much so that they kept on courting him ending up paying more than $5 million for his appearance.

The fans are apparently glad that the festival organizers persevered with everybody agreeing that the Prince sure made the event a royal festivity. Even Prince himself agrees that he brought the oomph to the festival when he screamed out “Coachella, I am here. You are the coolest place on Earth right now!” Talk about confidence. But then again…he’s The Prince.

Other big names that came for the event include Jack Johnson, trip-hop group Portishead, and The Verve. Lots of new talents were also there making the music festival goers really happy.