With the warnings about lung cancer and COPD, many people have come to avoid the occasional cigar or cigarette. Unfortunately, many often ignore the relaxational benefits the occasional cigar has to offer. By engaging in this pastime infrequently, you can strike a healthy balance and look nearly as cool as these famous movie stars. Included here are a few movie stars who loved a good stoogie and looked incredibly cool while enjoying it.

The creepy Addams family was well-loved during its run on television with an incredibly catchy theme song. The head of this household, Gomez, was oft seen with cigar in hand enjoying the evening. Mr. Addams was well-known for his fabulous style and his incredible wealth. Known for spending well over $1,000 a month on this passion, it was obvious he did not take his cigars lightly!

A most memorable role for Arnold Schwarzenegger was his portrayal of Dutch in Predator. When you are stuck in the jungle with a rogue alien, you will definitely need an occasional cigar to calm the nerves. Dutch takes advantage of this repeatedly in the film as he stalks the alien through the Vietnam underbrush. 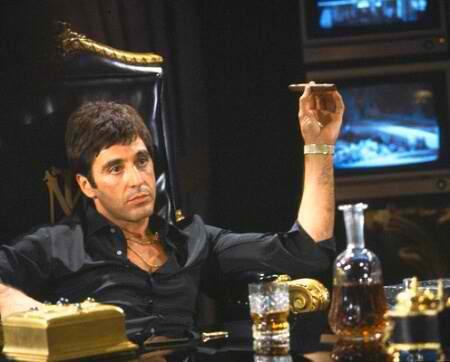 Few thugs are as notorious as Tony Montana in Scarface. As a Cuban refugee to America, it is no wonder he knows his way around a great cigar. When he finally goes crazy towards the end of the movie, it was a pile of blow that did him in, not his aromatic cigars. Even if you are not shooting your way to becoming the drug Kingpin in Miami, you can still enjoy a good Cuban.

The Man With No Name

Clint Eastwood has never shone like he did in The Good, The Bad and the Ugly. The skinny cigars Eastwood smoked as “The Man With No Name” were as American as it gets. While he had a role that had little wordplay, he still looked cool with his gun-fighting and smoking cigar. 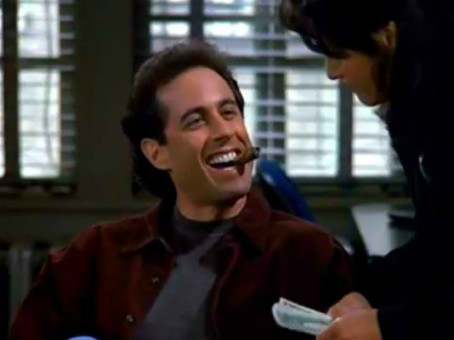 There are few other television stars quite as comedically insane as Cosmo Kramer in Seinfeld. Each time he appeared on the screen with a large Cuban cigar hanging from his lips. Kramer had no shortage of terrible escapades gone wrong when it came to cigars either. From burning down a cabin to hiring Cuban cigar rollers, he never offered a dull moment when on the screen.

There is nothing quite like the character Hugh Jackman portrays in Wolverine. Even incredibly violent mutants with claws on their hands enjoy a good cigar on occasion. Unfortunately, this movie has become so successful, even with children, that the production company is being supplicated to remove the smoking cigar from the film.