Love is not always fair because while some couples last throughout their lifetime, the others are not just very lucky as they end up in divorce. This is especially true in the showbiz world.

Take the case of Hollywood. Every year, a number of celebrity couples head to splitsville. The reasons vary from irreconcilable differences and lack of commitment to having a third party and falling out of love.

In 2016, millions of fans were surprised over the split of several power couples that they’ve come to love. They were Brad Pitt and Angelina Jolie, Rihanna and Drake as well as Taylor Swift and Calvin Harris to name a few. 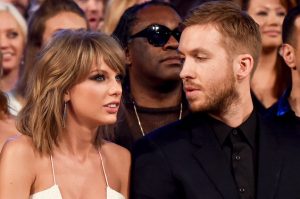 The musical couple revealed their breakup in June. It was a surprise to their fans as Harris was still tweeting about having a “huge amount of love and respect” for each other. The split happened after photographers snapped Taylor Swift kissing another British man Tom Hiddleston.

The young singer and Hiddleston eventually became a couple in what reports described as a rebound relationship. But they did not last long either as the relationship was only good for three months.

There’s no denying that the couple that hogged the headlines when they split last year was Brad Pitt and Angelina Jolie. In their case, there’s really no guarantee that a long relationship from being partners to being a married couple will last for a lifetime. 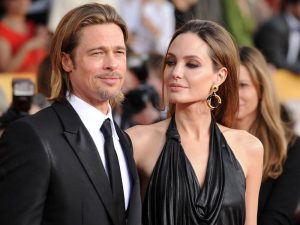 Brad and Angie were together for 12 years before they tied the knot in 2014. Reports have it that the date they announced their divorce which is September 20 will forever be known as the day love died.

Los Angeles divorce attorney Hossein Berenji cited the common causes of divorce to include infidelity, marrying too young, lack of commitment, frequent conflicts, abuse and unrealistic expectations. “Lack of intimacy is another issue that can ruin a marriage and if left unchecked, this can lead to the couple becoming estranged from each other and in worse cases, can result in divorce,” he said.

A shocker to music fans was the split of Rihanna and Drake in October. Many could not believe the news especially since Drake has always been vocal about her love for Rihanna since 2009. Since then, they have ceased to be exclusive to each other and have decided to move on and date other people. 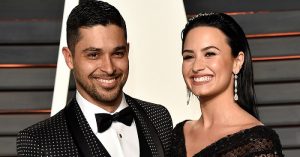 Demi Lovato and her partner Wilmer Valderrama ended their marriage of six years in July 2016. The two have a 13-year gap in their age which means that Demi was only 17 when she got involved with the star of That ’70s Show in 2010. Sources close to the couple said the romance is no longer there and their relationship has become a friendly one or more of a big brother-little sister type. In her own words, Demi Lovato said “We have realized more than anything that we are better as best friends.”

Another celebrity who’s not been so lucky in love is Jennifer Lopez. Fans thoughts J. Lo had found her everlasting love in 29-year-old Casper Smart who is said to be a dancer before becoming the singer’s boyfriend. Apparently, he has been caught cheating the 47-year-old J. Lo not only once but twice.

Also, Lopez decided to breakup with Smart after he refused to attend a charity event which was very important to her. The guy instead went to watch the Conor McGregor/Nate Diaz fight in Las Vegas. The two were together for five years.

Currently, the divorce rate is 3.2 per 1,000 population based on the 2014 data from the National Center for Health Statistics of the Centers for Disease Control and Prevention.