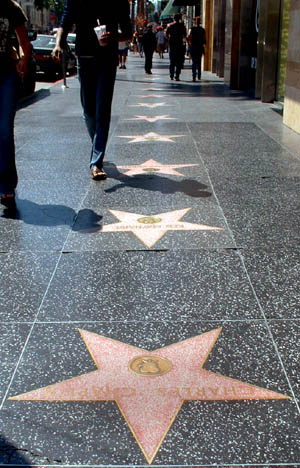 How are the stars on the Hollywood Walk of Fame selected? Most are nominated, with the entries reviewed by the Walk of Fame Committee.

The committee meets once a year, ploughing through over hundreds of applications. Only a fraction are approved, though those who don’t meet the cut are automatically rolled over for a second review the next year. (That’s the last chance, though – if they still don’t make it, they must be re-nominated to be considered.)

Nominees must show that they have made significant contributions to the industry, in the areas of television, motion pictures, radio, recording and live performance. These must be “proven” by the application documents: a biography (maximum of 2 pages), a list of accomplishments, a photograph and samples of work. Fans can nominate, but the celebrity/manager must give a letter of agreement. There is a sponsorship fee of $25,000.