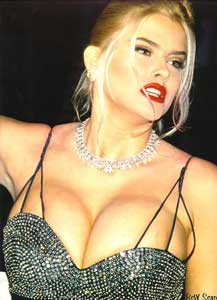 In an unexpected turn of events, Anna Nicole Smith passed away on Thursday. She leaves behind the unresolved question: who is the real father of her baby, Dannielyn Hope Marshall Stern?

Before her death, two men claimed to have fathered Anna Nicole’s baby. The first was Howard K. Stern, her lawyer and with whom she had a commitment ceremony. It is his name that is listed on the baby’s birth certificate as father.

The second man claiming fatherhood is Larry Birkhead. He was a photographer who worked with Smith in a number of shoots. He filed a paternity suit which was why Smith was in Florida. Smith refused to allow her baby’s DNA to be extracted and the suit is still pending.

Now two more men have come forward claiming that they fathered her baby. The third man is Prince Frederick von Anhalt, the husband of actress Zsazsa Gabor. The other claimant has not been named but sources say that he was a former gym trainor of Smith.

Even though Anna Nicole Smith has passed away, the controversy continues. Who is the true daddy of Dannielynn Hope? We will have to wait and see a bit longer.