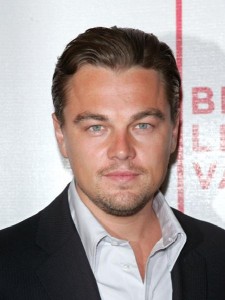 He is a big star in Hollywood – and the rest of the world for that matter. He starred in so many hit movies. He bought a Toyota Prius (a green car, for those who do not know what it is) more than 7 years ago, when buying green cars was not the trend. He inspired other big stars to follow suit. He doesn’t have a Hummer (or a similar gas guzzling car) on the side. He even refuses to fly on a private jet and instead takes commercial flights. He has made films, which include a documentary, that highlights the environmental crisis. This is one man that “walks the talk” when it comes to being green. Can you make a guess as to who I am talking about?

To be honest, he was not the first person to come to mind. He is Leonardo di Caprio. Of Titanic fame, this guy has done a lot to bring environmental awareness to his part of the world. Even in private ways, he has been consistent in living a green life. Even international news agencies have taken notice. The Times Online (UK) ran a feature on him some time ago and noted that he has not always been this conscious of the environment:

The actor wasn’t always so planet-conscious: his first car, bought when he was 16, was a 1969 Ford Mustang, one of the original muscle cars. “It broke down on the freeway three times,” he says. “I nearly died [of embarrassment].”

So what made him change? He says that his role in the movie The Beach helped him become aware of our duty to conserve nature. His first act when he returned home after filming? He bought a Prius.

Seems to me we can learn something here.