Japan has its own share of excellent theater and movie actors and actresses. Some of them have even made it to Hollywood and achieved the success they desire due to their hard work. Not many people perhaps know that several Japanese actors and actresses have become superstars in the U.S. They may have encountered great challenges to carve their name in the American film industry owing to language barriers and a more conservative attitude but eventually, they were able to reach their dreams.

The Japanese may be known to be loyal to their language and have difficulty speaking English. But this is not always the case as there are people in Japan also proficient in the English language including those who have studied abroad and those who migrated to English-speaking countries and some of them have become popular actors in Hollywood. Get to know them here. 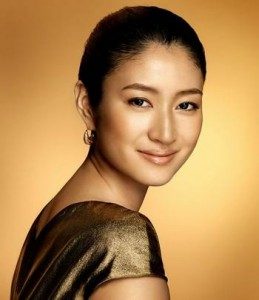 Born in Zama, Japan, Koyuki Kato is a well-known actress as well as a fashion model and brand ambassador of skincare products. She played the role of the wife of the samurai in “The Last Sumurai” opposite Tom Cruise.

Youki Kudoh has appeared in several American and Australian films. Born in Tokyo, she starred in the 1989 film “Mystery Train” and in “Heaven’s Burning” together with Australian actor Russell Crowe. She has also worked with actors and musicians such as Joe Strummer, Tom Waits, Steve Buscemi, Bill Murray and John Hurt to name a few. 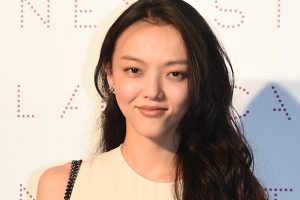 One of the actresses who have landed a major role in a Hollywood film in Rila Fukushima. A native of Kyushu, Japan, she played the role of Yukio in “Wolverine.” She has also appeared in several music videos.

Born in Otaru, Japan, Miyoshi Umeki is credited for having ushered in Japanese women to star in Hollywood movies. She played a major role in the film “Sayonara” which also earned her a major achievement – winning the Academy Award for Best Supporting Actress.

A native of Hadano in Kanagawa, Rinko Kikuchi (who’s real name is Yuriko) starred in “Babel” released in 2006 and for her role in the movie, she got nominated for an Academy Award. The nomination is said to be the first for a Japanese actress after a span of 50 years. Kikuchi has also appeared in “Pacific Rim,” a 2013 science fiction film by Guillermo del Toro. 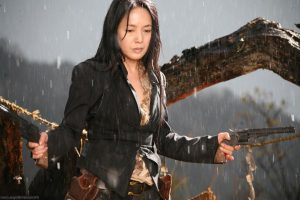 Born and raised in Tokyo, Kaori Momoi is a leading Japanese actress with two Best Actress and one Best Supporting Actress awards to her credit. She was in the World War II movie entitled “Emperor” as well as in the “Memoirs of a Geisha.”

Takeshi Kitano starred in the 1995 film “Johnny Mnemonic.” Apart from being an actor, this man is a jack of all trades. He is also a director, comedian, singer, show host, film editor, screenwriter, author, poet and painter. Well-known not only in Japan but even abroad, Kitano has received critical acclaim for his cinematic work. 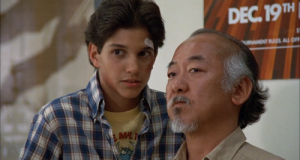 Those who followed the Karate Kid movie series should be familiar with Pat Morita. Of Japanese descent, he was born in Isleton California and became a television and film actor. His popular roles were that of Kesuke Miyagi in Karate Kid, the mentor of the main star Ralph Macchio and as Matsuo Arnold Takahashi on Happy Days. The late Morita was nominated as Best Supporting Actor in the 1984 Academy Awards for his role in the Karate Kid films.