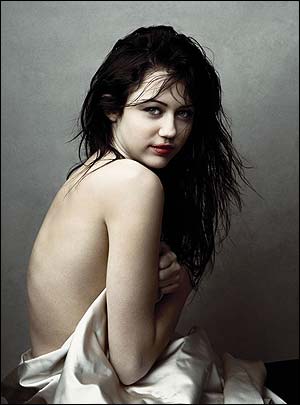 Miley Cyrus has apologized in advance for her sexy pictures that will be coming out in the June issue of Vanity Fair. The picture shown above was taken by Annie Leibovitz during a photo shoot that Billy Ray Cyrus, Miley’s dad, claims was “supposed to be artistic”. According Billy Ray he was with Miley during the shoot and didn’t intend for the photos to come out that way but “now seeing the photographs and reading the story, I [Billy Ray] feel so embarrassed”.

This is a blow to Miley Cyrus’ squeaky clean Hannah Montana image that she has been cultivating really hard, especially since the father-daughter duo is known for being set against Miley going the way previous Disney stars such as Britney Spears and Lindsay Lohan has.

Disney Channel of course stood for Miley saying that Vanity Fair “deliberately manipulated a 15-year-old”. Since her parents were on the set the whole day Vanity Fair of course rebuts this accusation by reminding the world that there were adults there whose job was to make sure that Miley wasn’t manipulated into anything.

How this will all pan out will depend on Hannah Montanas fans and their parents. Will this break their trust or will they stay loyal. One thing’s for sure Hannah Montana shouldn’t slip up in the near future if she wants to retain their confidence.