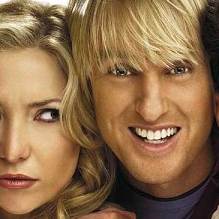 Freshly separated for barely a month and the Hollywood grapevine is already awash with rumours that the golden-haired star of “You Me and Dupree” is in a romantic relationship with her co-star.
Well, media reports say that the two have been spending a lot of time together, most recently being seen in Hawaii together, where the 27-year old Kate Hudson was holiday-making with her 2-year-old son Ryder.

Owen Wilson, 10 years her senior was said to be staying at a friend’s home nearby and was allegedly seen looking enamoured with Kate in the island. The prying paparazzi have caught them “gazing at each other’s eyes”, but who knows with Hollywood? Hmmm…maybe he was trying to get out some dirt from her eye.

However, there may be some truth in the rumours as the Hawaii incident was not the only evidence. Friends and other onlookers have observed that the couple have shown willingness in being seen in public together recently (at her Pacific Palisades home and at restaurants), added to the fact that they have an obvious deep fondness for each other – so it all seems fairly obvious that such a conclusion has been made. Besides, they do seem to suit each other very well, don’t you think?