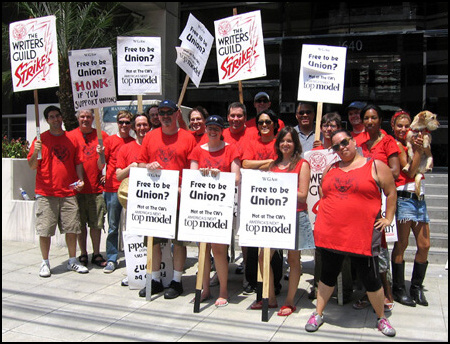 The Hollywood writers strike gets even more complicated as The American Federation of Television and Radio Artists breaks connections with its more powerful sister union, the Screen Actors Guild.

AFTRA’s board of directors voted Saturday to separately negotiate its upcoming prime-time television contract with the major studios — without SAG at the bargaining table.

While each group has its own list of grievances against each other — and agendas to pursue the big question is:

when will this strike be over, already???