Be that as it may, the industry hasn’t packed up its bags entirely. Many shows still choose to film in California due to the film-friendly year-round sunshine, prime filming locations that offer full catering and event support staff, and the proximity to the major studios and production houses that have been based their since the inception of the industry. Here are some of the hit programs that still call California their home. 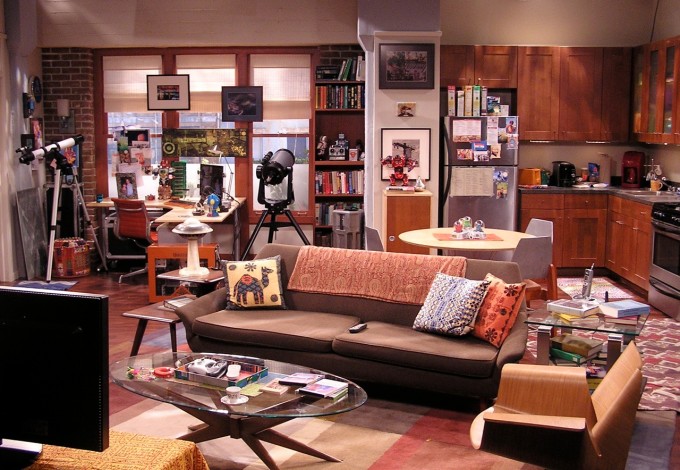 Two and a Half Men

Though the series is reaching the end of its run in February 2015, Two and a Half Men still has some laughs to generate as the story of the two Harper brothers wraps up. The premise of the show was that recently divorced—and somewhat uptight—Alan decides to move into a Malibu mansion and live with his brother, a hedonistic jungle writer named Charlie, while trying to simultaneously raise his growing son Jake. Due to problems with one of the main actors, the story lines evolved considerably and new actors joined the show.

This “mockumentary” style show follows the lives of an extended family living in the suburbs of Los Angeles. The show’s action is centered on Jay Pritchett, his second wife, stepson, and infant son, along with his two adult children and their respective families, one of them a gay son, his spouse, and their adopted Vietnamese daughter. Appropriately named Modern Family for the non-traditional extended family that serves as the subject of the show, the series is one of America’s favorite comedies: the series is currently on television with millions of viewers and has won several television awards.

Starring the a comedic great and popular actress Ellen DeGeneres, the talk show tapes five days a week from the lot at Warner Brothers studio. The show features a wide range of guests and the antics of Ellen herself and has become very popular, winning big at the 41st Annual Daytime Emmy Awards and taking home the award for best entertainment talk show according to Variety.

The Price Is Right

This popular TV game show, filmed in the heart of Hollywood at Studio 33 and airing on the CBS Television Network since its very beginning, The Price Is Right is still among the most loved programs on television. The show features a variety of games where contestants try to correctly predict the prices of various products to win cash and exciting prizes. The unique demands of the show’s set, attractions and audience require some fairly specialized services, making filming in a special location even more appealing, according to the Grand View Hotel.

Set in Pasadena, California, The Big Bang Theory follows the lives and daily antics of two genius physicists and roommates, Leonard Hofstadter and Sheldon Cooper. They, along with their two equally geeky and socially inept friends and colleagues, Howard Wolowitz, an aerospace engineer, and Raj Koothrappali, an astrophysicist, contrast well with the waitress and aspiring actress Penny, who lives across the hall. The weirdness and intellect of the four play to comedic effect against Penny’s common sense and considerably more developed social skills. The Big Bang Theory has received critical acclaim and continued strong into its eighth season when the first episode aired on September 22, 2014.