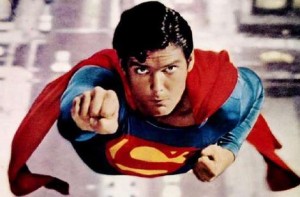 Everyone who goes to Hollywood has aspirations of spotting the stars, having their pictures taken with them, and even maybe exchanging niceties with them. Though the chances of these things happening are the highest in Hollywood, not everyone will really be able to have a close encounter with the superstars.

For some, “replicas” will do. Head on over to Hollywood Boulevard and you will see countless characters from movies and cartoons milling around. It all started 17 years ago when Christopher Dennis – who looks just like Christopher Reeves – dressed up as Superman and posed for pictures on the Walk of Fame. Dennis was (is, actually) an aspiring actor who used to work as a waiter in a diner. After many patrons remarked on his resemblance to the original Superman, he decided to try the costume and posing thing out.

The rest is history. On his first day, he earned $600 on tips. He has not gone back to the diner since then. More so, other people started copying his idea. From Spiderman to Batman to Elmo to Elvis to Marilyn Monroe – you will see all these characters on the Walk of Fame. They may not be the real thing but they sure look real in the pictures.

Of course, life is not as easy and pleasant for Dennis as it was when he first started. Word of his “racket” has reached far and wide and no one has been able to stop the busloads of other people wanting a piece of the pie. Calls are being made to regulate them but so far, nothing has been done. As for the tourists? They are continuing to enjoy having their pictures taken.