There are many ways to advocate organic food, and to let people know why it can be important and beneficial to their health to consume organic foods. You can join groups that tell people the importance of this healthy food choice, and how it saves lives of both people and even the animals and insects that eat the foods while they are growing.

Many people don’t realize that the world is losing some species of insects, like honeybees, and it could have something to do with the pesticides that are being used on crops. Monarch butterflies are losing the main form of sustenance that feeds their caterpillars, milkweed, possibly due to herbicides and other chemicals used on non-organic crops. 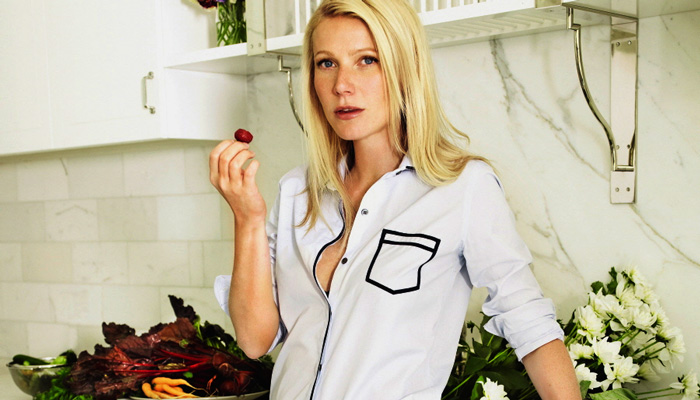 Another bonus of eating organic is that it ensures you are getting the vitamins and minerals that food offers at its greatest potency. Even making the switch to grass-fed, organic beef is a great diet choice, because it is a far superior healthy option. Also look for organic foods that are grown locally for fresher options.

While many celebrities get their names plastered all over the news and media for their bad choices, like drugs and alcohol, some get known because of their good choices. Here are three wonderful celebrities that enjoy eating healthy and they do what they can to let other people know the importance of organic foods.

Gwyneth Paltrow is a much envied movie star that cares about the food that she eats, and that she feeds her family. She has many followers on her website, Goop, and Facebook page, probably because she knows how to be healthy and she shows it, so people are anxious to learn from her.

Paltrow identifies as a foodie, and after a health scare she cut out many things from her diet, including eggs, wheat, coffee, dairy, alcohol, corn, soy, meat, and processed foods. When you look at the typical American diet you may wonder what was left for her to eat. That still leaves her plenty of produce, like fresh vegetables and fruit, plus some grains.

Don’t fear that Paltrow is at all malnourished. She only eats her very restricted diet for three weeks at a time, a few times a year. The rest of the time she sticks with whole grains and organic foods.

Alicia Silverstone isn’t as clueless as some people may have thought she was after the 1995 film in which she plays a ditzy blonde more concerned with her clothes than anything else. Silverstone cares about far more than clothes though, as you can find out if your read her book “The Kind Diet: A Simple Guide to Feeling Great, Losing Weight, and Saving the Planet.” Not only does she work to teach other people how to live healthier lives, but she herself has been a vegan for over ten years, and she eats a strictly organic diet.

Her change in eating habits has given her more energy, better skin, and even a clearer mind, and she likes to share that information with others. She even once suffered from cystic acne and thanks her fresh, clean diet on curing her.

Jessica Alba may be the best known celebrity when it comes to eating healthy and organic. She is the co-founder of The Honest Company, which offers affordable eco-friendly products for children and babies.

She also authored the book “The Honest Life: Living Naturally and True to You,” in which she writes about her path to healthier living and eating. Alba started eating vegan in her teens, although she has since incorporated meat back into her diet. She doesn’t strictly eat organic, but says the simple act of knowing your food is fresh and where it comes from can sometimes be enough.