Hollywood loves a bad boy, and it also has a way of turning good kids into late-night TMZ marathon material. From Britney Spears to Lindsey Lohan to Amanda Bynes, it seems we can’t get enough of starlets falling out of limos or going on drunken rampages. When Justin Beiber gets filmed peeing in a hotel room, the world watches – and loves it!

However, not every Hollywood crime ends in a DUI or a personal injuries claim. Some celebs have more serious rap sheets. Sometimes their fame is enough to gain the public’s favor, while other times, they end up exponentially more hated. This article features two stars who managed to redeem themselves through great personal effort and remain successful today. 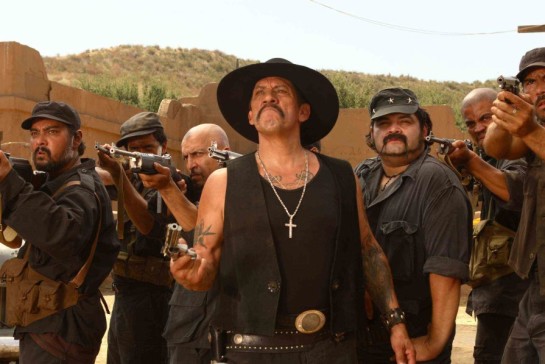 Danny Trejo, star of the Machete series, From Dusk Til Dawn, and the loveably gruff uncle in the classic 2001 film Spy Kids, had a rocky start in life. From the time he was a young child, he was involved in crime and drugs, and spent a long time in and out of juvenile detention centers.

After completing a 12-step program at San Quentin, Trejo successfully left his life of crime behind after 11 years in and out of jail. He began to work as a drug counselor, helping young kids not unlike himself to stay clean.

Post-prison, Trejo was offered a role as an extra in a jail scene. Seeing his tough exterior, the director offered him $320 per day to train the lead actor to box. Trejo accepted, and now is a favorite in all kinds of action films needing a convincing tough guy with a heart of gold.

Everyone knows at least a little of Robert Downey Jr’s story. The child of a famous actor, he was involved in the Hollywood lifestyle from the age of five. He went on to become part of the Hollywood “Brat Pack”, a group of young and promising actors including Molly Ringwald, Ally Sheedy, Rob Lowe, Demi Moore, and more.

Downey’s substance abuse problems spiraled, culminating in him being sent to prison for drug charges. On his release, he joined the cast of Ally McBeal, where he earned a Golden Globe for his acting. Eventually, after two more drug arrests, he was written out of the show and re-entered rehab.

Since then, Downey has achieved sobriety and the adoration of the public. One of his most popular roles is doubtless Iron Man, where he channeled his experience with addiction into the alcoholic superhero Tony Stark.

Although some celebrities experience a fall from grace and end up dropping out of the public eye, others are able to leverage their experience and learn from it. These experiences have lent Downey and Trejo amazing insight into the darker side of life, and their acting is better as a result.