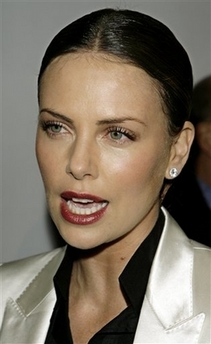 Becoming a celebrity endorser is a simple matter. You wear what you are contracted to wear – which is usually given to you for free- for the specified amount of time. So what happens if you wear something from a rival brand? You get sued!

The lawsuit was filed in a New York court. It says that Theron signed an exclusive contract with Swiss watchmaker Raymond Weil. Her contract specified that from October 2005 to December 2006 Theron would wear only Weil watches at all times. Weil’s lawyers have evidence that Theron breached her contract in March of 2006 when she wore a Christian Dior watch in one of her ads for Dior perfumes.

Weil’s lawyers say that her contract also specified that “Furthermore, artist agrees that she will not endorse or advertise watches or jewelry for any other person, entity or company, including for charity.” Yet she modeled a necklace in April 2006 for Montblanc.

No amount has yet been specified or disclosed. It seems however to be a pretty solid case. Charlize really should have watched it.