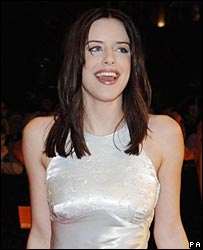 Another superhero appears in Hollywood. Definitely no stranger but played by a new face. It’s another remake or revival of a classic TV series. The superhero is Bionic Woman and the title role of Jamie Sommers goes to Michelle Ryan.

Michelle Ryan is a British actress best known for her role in the British TV series “Eastenders”. She was with the show for 5 years until she left the production in 2005.

Bionic Woman was a spin off of the TV show “The Six Million Dollar Man” which starred Lee Majors. It ran from 1976 to 1978 with Lindsay Wagner playing the title role. The character, Jamie Sommers, was a tennis player who suffered severe injuries in an accident. Her limbs and her ear were replaced with hi-tech robotic parts – yes, she was technically a cyborg. Bionic Woman can run very fast and lift cars, thanks to her cybernetic pieces.