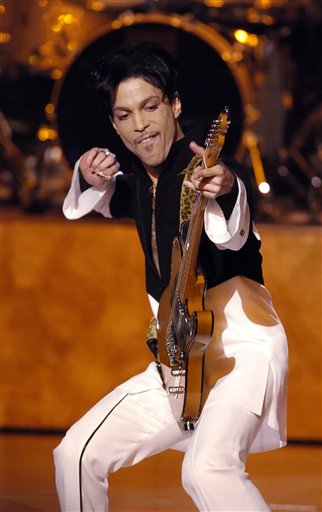 The headlines glared of yet another celebrity split: The Artist Formerly Known as Married! And so it was. TAFKAP or The Artist, better known as Prince, was indeed served with divorce papers by Manuela Testolini Nelson, his wife of five years.

This was the second marriage of Prince, who was born Prince Robert Nelson (for those of you who wondering if he really does have a last name), on June 7th 1958 in Minneapolis. 29-year-old Testolini Nelson, was once employed by Paisley Park Studios, a recording and production complex owned by Prince. Today, Testolini Nelson runs Gamillah Inc., whose businesses include home accessories (such as scented candles and air fresheners) as well as a production company among others.

Prince was previously married to back-up singer and dancer Mayte Garcia in the mid-1990s. The marriage was annulled just after 2 years. Sadly, the couple had a child who died shortly after birth.

Testolini Nelson and Prince were secretly married in a small private Jehovah?s Witness ceremony on December 31, 2001. The wedding took place in Hawaii, and Testolini took her husband?s name. The couple have no children.

Prince?s lawyer, Alan Eidsness, confirmed that a sealed divorce action was filed on May 24 at Hennepin County District Court in the Prince’s home state of Minnesota.